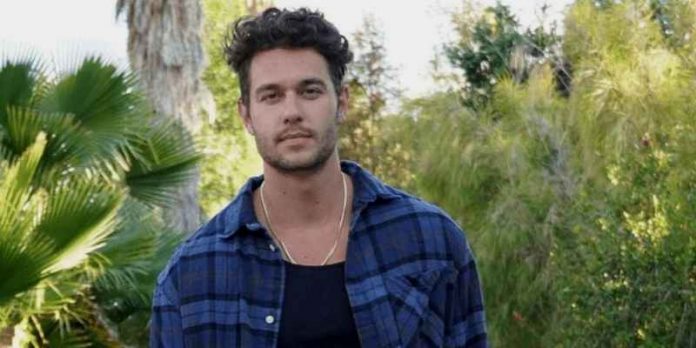 Dani Coco’s brief appearance on ‘Ex on the Beach’ Season 5 was an emotional rollercoaster. On the show, Dani washed up in the hopes of rekindling her love with ex-David Barta. But, from the start, Dani had to battle for her devotion and attention.

What Was The Reason Behind Him Quitting The Show?

Though David was initially drawn to Mike Mulderrig and even enjoyed a passionate kiss with him, their relationship collapsed when Dani reappeared in his life. Dani was feeling optimistic about David and her getting things right this time around until ‘Love Island’ star Kyra Green appeared. David was utterly enamored by Kyra and abandoned Dani to pursue her.

Dani was wounded and disturbed as a result of this. David told her that he wanted to work things out with her, but he couldn’t help but be pulled to Kyra. Dani trusted him and hoped that David would return to her. Dani was outraged when she watched David confess his affections for Kyra and kiss her during their date. She announced her intention to leave the MTV program Ex on the Beach because she didn’t want to be anyone’s second fiddle and felt she deserved more love and respect than David provided her.

What Is between Dani Coco And David Barta

Dani went without saying goodbye to David or any of the other home members. When David and Kyra learned about Dani’s self-exclusion from the program, Kyra was distraught, but David appeared unconcerned. After seeing his response to his ex’s departure, Fans began hammering David, pointing out that Dani deserved more.

See also  The Future Diary Season, Cast, Trailer, Plot, Where To Watch it?

“Anyway, Dani is a powerful queen who doesn’t need someone who doesn’t need her,” one admirer said on Twitter. “#ExOnTheBeach,” you say. “I’m proud of Dani; she remained calm throughout, acquired all the information she needed, and understood she deserved more.” “It’s alright, Dani, you deserve better; you don’t need this junk in your life #ExOnTheBeach,” another admirer said.

“It sounds like Karam since he told Dani he wanted to be with her but still follows other people #exonthebeach,” one fan observed. At 8/7c on MTV, MTV is airing the fifth season of “Ex on the Beach.”

Kyra and David danced together tonight at the party. Kyra expressed concern about another ex appearing on the show and expressed doubt about their newly created friendship. Emily, Kyra’s ex, will appear on the next episode of the show.

Elias and Ranin had a great time together. Elias said that he had long desired to be with her. Rain also stated to the audience that no matter what happens between them, she will always regard him as family. Nicole spent a significant amount of time with Bryce, who flirted with her. Nicole admitted to being a hopeless romantic who desired a meaningful connection with someone. Bryce also mentioned:

On the contrary, she reacted angrily to him having her perform a lap dance. She told him it was too much for her and that she needed to take things slowly. Ray was overjoyed that his closest friend Nicole fell in love, and Nicole and Bryce went paragliding on their first date.