Why Did Ken Jeong Walk Off From Masked Singer? 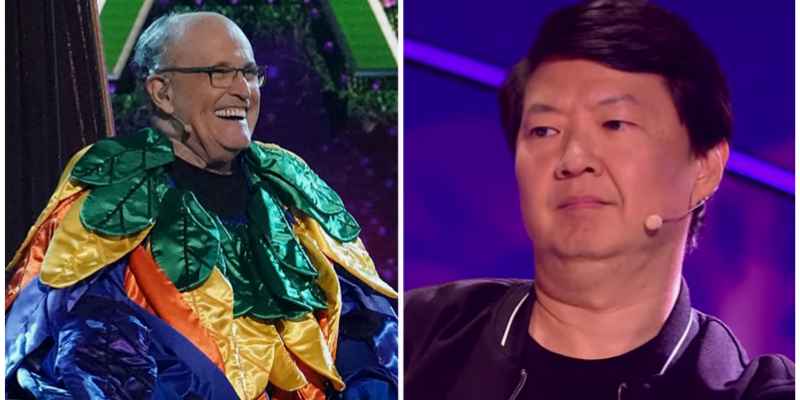 For those times when someone inquires as to why you only watch Fox. As a result, the only viable option is the bizarre variety show “The Masked Singer.” In the masked singer show, there are many hellish scenes. Even though this show’s April 20th, 2022 episode has the worst walk-off moment, it is still one of the show’s best.

There was already an amazing episode of Masked Singer featuring images of Sarah Palin, bear costumes, and the rap song “Baby Got Black.” The host of this show, on the other hand, has no qualms whatsoever about these activities.

According to reports, the mayor of New York City (Rudy Giuliani) and Trump’s personal lawyer was unmasked on Masked Singer in February, so Ken Jeong protested and soon left the stage.

Since then, the show’s audience has been eagerly awaiting the reveal of Rudy Giuliani’s disguise. On Wednesday, April 20th, 2022, the host of the show, Nick Cannon, declared that Jack in the Box was a former associate attorney general.

Was Ken Upset About It

As soon as Ken realized who was on stage, he went into a state of trance and was visibly upset. There is no evidence to suggest that Nicole Scherzinger was aware of any contestants who were performing in front of her on stage. Consequently, when the mask was lifted and Nicole’s face was clearly visible, Jenny McCarthy, Robin Thicke, and the rest of the cast were both surprised and delighted. While Ken was completely silent with an angry expression on his face.

That performance — Rudy’s final one — came after a Masked Singer Season 7 contestant raised doubts about his motivations for participating. “And I’m done” was Ken’s final statement before he exited the stage.

Ken Jeong is a funny actor, so it’s no surprise that his tweet is amusing. A video of Space Bunny performing “Jump in the Line” completes his tweet. Seeing Ken’s tweet was amusing to the general public, and viewers of the song were amused as well.

In the end, Jenny was pleased to hear that she had won the audience’s vote for the most cuddly. That’s all Ken had to say later on.