Why Did Mike Tyson Punch A Passenger On A Plane? Things Got Crazier From There!! 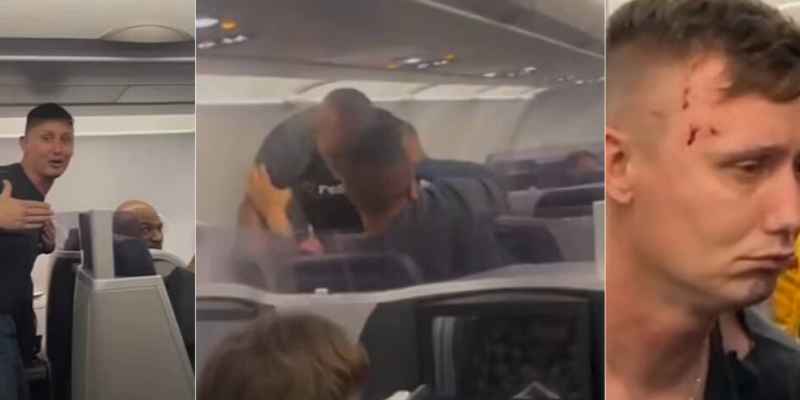 Michael Gerard Tyson, a former professional boxer in the United States, is a household name. Iron Mike and Kid Dynamite were the nicknames he was known by at the beginning of his professional career. Once known as the world’s most dangerous man. In the history of heavyweight boxing, Mike Tyson is regarded as one of the greatest fighters of all time.

Why Did Mike Tyson Fight On The Plane?

Recently, Mike Tyson has been making headlines for punching his fellow passenger in the face. Despite the fact that it’s a shocking development. TMZ TV is the first to air this story. Mike Tyson allegedly punched a fellow passenger during a flight. It occurred on a flight from San Francisco to Florida. The passenger became excited to sit next to a heavyweight boxer on the plane after reading the information. After the boxer had agreed to take a picture with him, the co-passenger took a selfie with him and then tried to speak with him. He was annoyed by the fan’s noise.

A furious Mike Tyson punched him in the head multiple times after losing his cool. After taking those hard punches, the fan’s nose started bleeding. TMZ TV has shared the video on their Instagram account. It didn’t take long for this shocking video to go viral after it was posted online. Netizens began commenting on the story. They expressed their views. Somebody wrote about how wealthy people use their power and kill the poor.

Mike Tyson’s publicist As he wrote in an email to members of the press, it is unfortunate that Tyson had a worsened incident on the flight with intrusive passengers who began harassing him and threw a water bottle at the boxing star while he was sitting in his seat. According to the video, the man was seen standing over Tyson as he sat down. When he began waving his arms, the fan also began to act animatedly.

In a statement on Thursday, San Francisco police officers said they responded to a plane incident on Wednesday and detained both Mike Tyson and the fan who was primarily involved in the altercation at the domestic terminal of the airport.

There were no life-threatening injuries sustained by the person who was treated for making the scene. Another refused to cooperate with the police and only provided a few details of the incident. Until further notice, both Mike Tyson and the other passenger in his car were allowed to leave the scene.

A Look Into Mike Tyson

In and out of the ring, Mike Tyson is well-known for his violent outbursts. In 1992, he was found guilty of rape and sentenced to three years in prison. When he bit off part of his opponent’s ear in 1997 he ended up being disqualified from the tournament.

More than 7000 unruly passenger incidents have been reported in the United States since February 2021, according to the Federal Aviation Administration (FAA). Seventy-one of these incidents involved masking rules.