Why Did Bills’ Josh Allen Start NFTs With DraftKings And Metabilia? 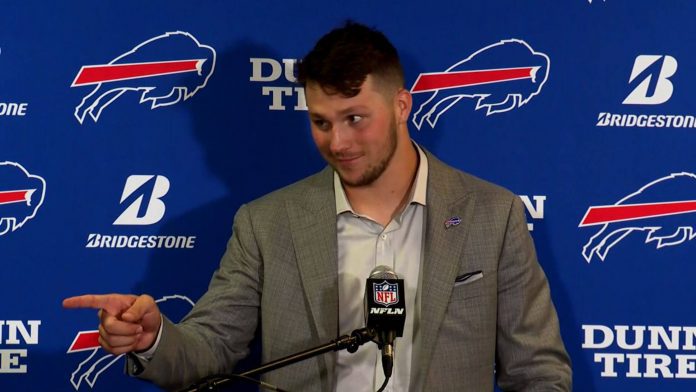 Joshua Patrick Allen, an American football quarterback with the Buffalo Bills of the National Football League, was born on May 21, 1996. (NFL). He was a bowl game MVP during his undergraduate career at Wyoming, and the Bills picked him seventh overall in the 2018 NFL Draft.

The Buffalo Bills’ star quarterback has teamed up with DraftKings and Metabilia, a company founded by East Amherst resident Joe De Perio, to create and sell limited-edition NFTs, or virtual collectibles, with monetary value. The term “non-fungible token” refers to a unique type of digital data that is maintained on a blockchain, which is a public, verifiable log of transactions.

Metabilia, an emerging technology company focused on memorabilia and NFT solutions, has three distinct business lines: the Player NFT line, which will include Quinn Sullivan; the Museum line, which will launch with the Pro Football Hall of Fame as its first client; and the Team line, which includes NFL and NBA teams that offer game-worn and autographed memorabilia in addition to NFTs.

De Perio, 44, is a former hedge fund manager turned computer entrepreneur and the co-founder, CEO, and chairman of “I Got It Holdings Corporation,” which trades in physical and digital sports memorabilia under the name Metabilia.

“What we give is essentially an opportunity for a fan to join Josh on his path and profit from the fantastic things that happen,” De Perio added.

De Perio is accused of defrauding investors in SportBLX, a company he co-founded that sought to “tokenize” and “sell shares” of professional athletes as collectibles and investment vehicles, but he told The Buffalo News that the lawsuit against him and the company in Manhattan federal court has no merit, will be dismissed, and has nothing to do with Metabilia or Allen.

Metabilia has connections with DraftKings, at least a half-dozen NFL and NBA organizations, the Pro Football Hall of Fame, and more than 40 individual players, and Allen has a share in the company.

At 3 p.m. Thursday, the firm will offer a limited number of Allen’s “Series 1 Member” NFTs on the DraftKings Marketplace, a fantasy sports and betting market launched by the company in August. The NFTs will be offered in three tiers: 50 black, 400 platinum, and 1,000 green, with prices ranging from $2,000 to $200 to $100.

Owners of these Member NFTs will get long-term advantages from Metabilia, including additional NFTs recognizing Allen’s career accomplishments that may be resold, as well as exclusive access to auctions, reduced mementos, and invites to special events. The Member NFT, as well as its auction, memorabilia, and special event passes, may be split up and sold individually.

Sports NFTs are expected to produce more than $2 billion in transactions in 2022, according to Deloitte Global, which is nearly double the amount in 2021. However, despite the recent decline in cryptocurrency values, demand for NFTs has cooled, with sales of NFTs decreasing by more than 90% since September, according to industry statistics and analysis website NonFungible.com.

See also  Is Black-ish Season 8 Final episode released? How To Watch It? Storyline

Every year, Metabilia intends to introduce a new “Member” series of Allen NFTs. The Patricia Allen Fund at the John R. Oishei Children’s Hospital will benefit from the proceeds of the 17th NFT in each series.

Allen’s Metabilia NFT includes a still image of the quarterback in a basic black hoodie as well as a moving, GIF-like image showing Allen spinning a football on the ground while wearing his Bills outfit sans shoulder pads, helmet, or jersey. To avoid trademark infringement, he wears a white shirt with the Bills and NFL emblems obscured.

From 11 a.m. to 1 p.m. Saturday at 12 Gates Brewing in Williamsville, Metabilia will hold an information session and raffle of Allen-signed items.

At the inaugural members-only event in downtown Buffalo on Sunday, Allen will meet with a group of “Founders Series” Black Level Member NFT holders.