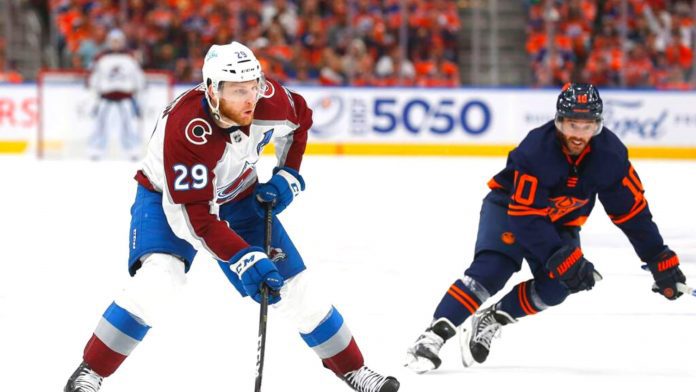 Being a part of a Stanley Cup-winning team has several advantages. You get your names inscribed on what is arguably the coolest sporting award.

The trophy is yours to take wherever you like, including back to your birthplace, and enjoy with your dear ones. For years and years, whenever you travel in the region where you won, people grin, cheer and offer you free beverages.

The Post-Victory Lap For Avalanche

The aura of your accomplishment may make you a sought-after asset in the free-agent market, which is perhaps best of all.

Many of the major players on this year’s champs’ contracts are coming to an end, so either we’ll have some flashy new centrepieces on other Cup contenders, or Colorado will need to free up a tonne of cash to maintain this possible dynasty.

This summer is shaping up to be an intriguing one for the NHL, with the salary cap rising for the first time in three years (though only by $1 million, to $82.5 million), a couple of 40-goal scorers in Johnny Gaudreau and Filip Forsberg, along with some ageing A-listers in Claude Giroux, Evgeni Malkin, and Patrice Bergeron who are about to accept offers.

Do you believe Marc-Andre Fleury still has it in him? Who has the guts to make Ondrej Palat a member of their very own top line?

Who wants to take a chance by having committed to Evander Kane? I’m saying there had better be some damned drama coming.

However, no team is more at risk of losing elite talent this summer than the Avalanche, whose title defence begins on July 13 with the start of free agency.

Joe Sakic, general manager of Colorado, won’t even have time to recover from his post-celebration high before he has to concentrate on the NHL wage cap, which ruthlessly restricts how long and how far a powerhouse team such as the Avalanche can remain together.

Players Teams Would Have An Eye Out For

After moving to Denver, they all developed, and when the spotlight was shining the brightest on them, they all did one or even more cool things.

After a relatively quiet year in which he was suspended for the duration of the Leafs’ first-round loss in 2019, Kadri was a reliable scorer for the Leafs but frequently made headlines for his conduct problems. His trade to the Avs happened.

While Kadri blew past his previous career-high in 2021–22 by scoring 87 points, despite missing time due to a thumb injury, he still managed to score seven points and secure the sudden-death victor in his Game 4 comeback against the Lightning.

Even when it wasn’t his fault, he couldn’t seem to escape controversy.

The other two targets, who are just starting their primes, are probably even more sought-after than Kadri, who is still in his.

For the Capitals, Burakovsky, now 27 years old, was a streaky performer with lots of talent who was prone to going down for extended stretches before popping up in a crucial situation like 7th game of the Conference Final.

After being moved to the Avs in 2019, he improved steadily, averaging a goal and point per 3.5 games and 1.3 games, respectively, over the course of his three full seasons after never reaching that pace in Washington.

Even though like Kadri, Burakovsky’s postseason run was limited by injury, he still had a moment of fame in Game 1 when he converted a one-timer in overtime to give the Avalanche a lead in the game.

Of course, shuffles are on the way. But just like everyone else, the walls do ultimately shut. (Future raises for Devon Toews and Bowen Byram must also be considered.)

Even the Lightning, who have reportedly done everything in their power to maximise their ceiling, have had to allow players like Yanni Gourde, Blake Coleman, and Carter Verhaeghe to make significant contributions elsewhere because it was simply not mathematically possible to keep them.

For individuals participating, the procedure ultimately has a positive outcome.

Those who the Avalanche do lose will unavoidably join a lesser team, but they will do so with a greater chance to steal the show and a pay cut to meet those expectations.

A Cup victory is a collective success. However, each contributor should receive a personal incentive.