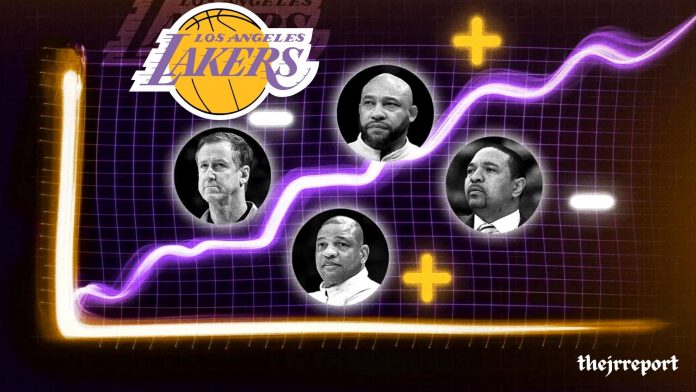 They entered the season as being one of the betting favorites to win the championship, but they failed to produce even just the play-in game. After casting Frank Vogel as the culprit and summarily dismissing him two years after capturing the bubble championships, the Lakers desperately need a new head coach.

Predictions On Lines On Lakers’ Next Coach, From Darvin Ham To Phil Jackson!!

While we all wait and wonder who that will be, news has come out on whoever it will not be, Juwan Howard. The Fab Five is presently coaching his boys at the University of Michigan – his alma mater.

Which contenders remain for one of the most demanding coaching positions available now that the pipe dream has been dashed?

Who Is Phil Jackson?

Former NBA player and coach Philip Douglas Jackson (born September 17, 1945) is an adviser to the Los Angeles Lakers of the National Basketball Association (NBA). In his 12 years as an NBA power forward, Reggie Jackson won two NBA titles with the New York Knicks. After six NBA titles as Chicago Bulls coach, Jackson was fired in 1998.

From Darvin Ham To Phil Jackson, These Are The Predictions For The Lakers’ Next Coach!

NBA veteran Darvin Ham (-300) is the top dog, arguably most known for destroying the backboard during the 1996 NCAA Tournament for Texas Tech. He is presently a Milwaukee Bucks assistant coach, where he helped lead the team to a championship last year. In the locker room, the firm favorite would have a dominating presence that could handle all the egos in L.A.

Long-time Terry Stotts, the head coach of the Portland Trail Blazers, is the second favorite to lead the Los Angeles Lakers next season at +400. The veteran coach is famed for his offensive genius and for leading Portland to the playoffs eight times in nine seasons.

However, after spending so many years in the peaceful Northwest, can he manage the dazzling lights of Hollywood?

One such candidate for the position of King’s adviser is Mark Jackson (+600), who most recently coached the Golden State Warriors in the 2013-2014 season. The former NBA player, who is presently ranked sixth all-time in assists, is well-known as a motivating and charismatic coach.

Controlling this locker room will need the possession of these characteristics. It was a pleasant side note that he would be able to witness his teammate knock him out of the top five on the assists list.

The renowned NBA head coach Phil Jackson currently holds the record for the highest winning percentage in the annals of the league. He has been recognized as “one of the ten greatest coaches in league history”.

He is the first coach in the history of basketball to win at least ten championships in the most prestigious professional sports leagues in North America. Two of the numerous awards that have been bestowed on this Basketball Hall of Fame inductee are the Roughrider Award and the Amos Alonzo Stagg Coaching Award.

See also  How Did The Warriors Do When Rested In The NBA Finals?