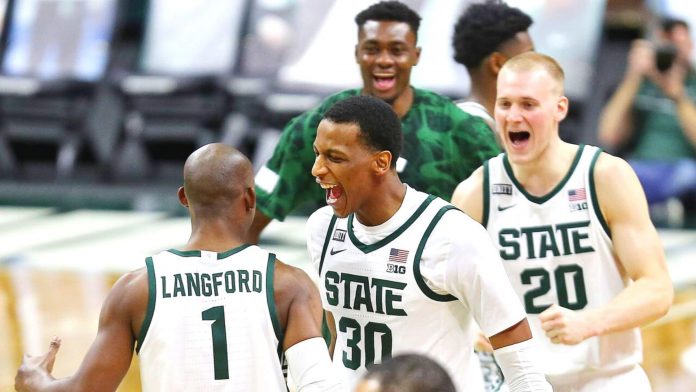 The men’s basketball team representing the University of Michigan in intercollegiate competition is called the Michigan Wolverines.

Division I of the National Collegiate Athletic Association is where the school participates (NCAA). At the Crisler Center in Ann Arbor, Michigan, the Wolverines play their home basketball games.

It has also won a Big Ten Tournament and an NIT championship that was later vacated by the NCAA. Juwan Howard, a former Michigan student, is the team’s coach.

The National Basketball Association (NBA) has selected seventy-four players; twenty-nine of those selections came in the first round, including the first-round selections of Cazzie Russell and Chris Webber.

Rumeal Robinson, Loy Vaught, and Terry Mills were all taken in the first round of the 1990 NBA Round, making Michigan the third of just eight schools to have ever had three or more players selected in the same draft.

Several former basketball players from Michigan will don uniforms for the NBA Summer League, with the first game taking place on Tuesday (July 5).

Seven former Wolverines, including four rookies, are featured in the showcase for (mainly) young athletes. NBA TV and the ESPN networks will both air games.

Michigan selected Caleb Houston and Moussa Diabaté in last month’s draft. The Orlando Magic selected Houston with the second choice of the second round, 32nd overall.

He will participate in the Summer League alongside Zavier Simpson, who last represented Michigan during the 2019–20 season.

When Simpson joined the Oklahoma City Thunder in April, he made his NBA debut. He started and saw significant playing time in the final four regular-season games.

With the Los Angeles Lakers, he participated in Summer League the previous year (2020 has no sporting events).

On Thursday, the Magic play Houston in the first game of the Summer League portion of Las Vegas, which will feature all 30 teams. On Saturday against Memphis, Los Angeles Clippers’ 43rd-overall pick Diabaté will play.

Two undrafted rookies will have a chance to win over their team (or any of the other 29 NBA clubs). For the Indiana Pacers, Eli Brooks will participate in their Friday season opener against Charlotte.

DeVante ‘Jones will take the field for Oklahoma City, which kicks up the Summer League’s Salt Lake City section on Tuesday.

Isaiah Livers and Chaundee Brown Jr., two second-year players, will also be present in Vegas. After being selected in the second round by the Pistons, Livers played in 19 games for them last year. Because of his recovery from foot surgery, he missed Summer League last year.

After participating with the Lakers’ Summer League team, Brown will play for the Atlanta Hawks, for whom he appeared in three games last year.

The round-robin tournament between four teams began on Saturday in San Francisco, and the games continued until July 17.