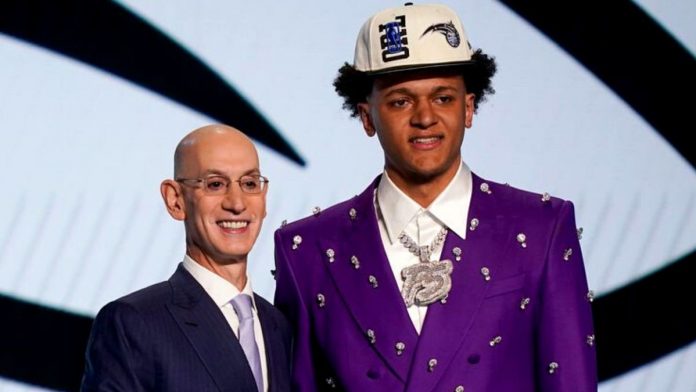 A professional basketball player for the Orlando Magic of the National Basketball Association, Paolo Banchero (born November 12, 2002) is an Italian-American. He also represented the Duke Blue Devils in collegiate basketball.

Banchero entered the 2022 NBA draft after his freshman year, and the Orlando Magic selected him with the first overall choice. He received the (All-Atlantic Coast Conference) ACC Rookie of the Year award in 2022.

Only at the age of 15 months, did paolo Napoleon James Banchero grows to a height of 3 feet. He participated in track as a youth and played basketball, American football, and both.

He was inspired by his mother who was also a professional basketball player and spent his time playing basketball at the Girls Club of Seattle and Rotary Boys.

With the first pick in the 2022 NBA Draft on Thursday night, the Orlando Magic selected Duke forward Paolo Banchero. The Magic startled everyone by choosing Banchero after Jabari Smith of Auburn had been predicted for weeks to be the overall #1 pick.

Banchero is the fifth overall selection in school history and the Blue Devils’ second No. 1 pick in the previous four years (Zion Williamson went No. 1 to the New Orleans Pelicans in 2019).

The native of Seattle finished the previous season with 12 double-doubles and was fourth in the ACC in rebounds. Before entering the draft, Banchero won the ACC Rookie of the Year award and made the All-ACC first team in his rookie campaign.

Rhonda Banchero, Banchero’s mother, is still the all-time leading scorer for the women’s program and a former college basketball player at Washington.

She spent six seasons with the Sacramento Monarchs after being selected in the third round of the WNBA ( Women’s National Basketball Association ) draft in 2000.

According to Banchero, some of his earliest memories are just being in the gym, being at practices, and seeing her play. She has taught him, a lot and helped shape him into the player he is today.”

How Paolo Banchero And Orlando Magic Are Pertinent?

Along with Wendell Carter Jr. and Mo Bamba, Banchero will fill a critical vacuum in the paint for the Magic as they attempt to improve on their 22-60 record from the previous campaign.