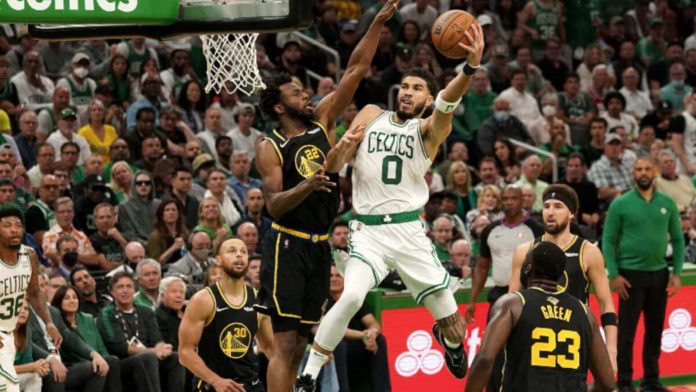 The Warriors and Celtics will play Game 6 of the 2022 NBA Finals at TD Garden on Thursday at 9 p.m. ET. We’ll offer you all the betting knowledge you need to know, including the latest odds, trends, and forecasts, before you place any wagers on what may be the season’s last game.

After beating Boston 104-94 in Game 5 on Monday night, Golden State is one win away from hoisting the Larry O’Brien trophy. For the Warriors, Stephen Curry struggled offensively, but it didn’t matter because of Andrew Wiggins’ outstanding effort and some clutch shots from Klay Thompson and Jordan Poole.

Jayson Tatum and Jaylen Brown, who had good moments but were inconsistent in Game 5, will now return home in a must-win situation to keep their championship hopes alive.

Under head coach Steve Kerr, the Warriors are 5-1 with a 3-2 series lead heading into Game 6. Golden State, on the other hand, has struggled in the postseason, finishing 4-5.

The good news for Warriors supporters is that when the NBA Finals are tied 2-2, the team that wins Game 5 usually goes on to win the series 73 percent of the time (22-8).

In the last two games, the Warriors have demonstrated their championship DNA, putting them on the verge of winning their fourth title in as many years. Curry, who went 0-for-9 from three-point range, will be expected to have a strong bounce-back game for Golden State.

Golden State is 2-6 against the spread in its last eight away games, but with a 3-2 series lead, it’s 5-1 straight up.

The Celtics could play better at TD Garden, but with their turnover problems, it’s difficult to predict a win. In the playoffs, the Celtics are averaging 15.3 turnovers per game at home.

Due to outstanding defense from Golden State and mediocre offense from Boston, the under (211.5) was able to strike for the second straight game on Monday night. In the final period, the Celtics shot 26.7 percent from the field, while the Warriors shot 50 percent.

Tatum has been a major contributor to the team’s difficulties, shooting 23.8 percent in the fourth quarter. These are just a few of the reasons why Game 6 gamblers should go UNDER 210.5.

To achieve the 210.5 total, an offensive outburst like we witnessed in Game 1 or Game 3 would be required, and that’s unlikely with two of the top defensive teams in the playoffs.

With Tatum struggling with his troubles in the fourth quarter, the Celtics will rely on Brown to take over and lead the team off to a fast start in Game 6. The 25-year-old has averaged 25.5 points (49.9% from the floor), eight rebounds, and five assists per game in the Celtics’ two victories in this series.

Brown has been restricted to 18.6 points (34.8 percent from the field), seven rebounds, and three assists per game in three losses. The contrast is night and day, which is one of the reasons the Celtics are in this position. Brown has gone over 23.5 points twice in this series, both of which have resulted in victories.

Simply said, if Brown exceeds his points projection, the C’s will be in good condition to win Game 6. Brown can hit him over based on volume alone since he’ll play as many minutes as he needs in this must-win game.