Who Will Play A More prominent Role For The New York Rangers Next Season?? 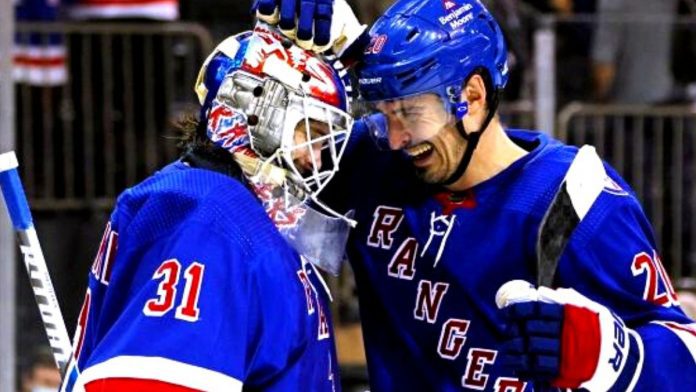 This season, the New York Rangers progressed by leaps and bounds. The New York Rangers’ surprise journey to the Eastern Conference Final culminated in a six-game loss to the reigning Stanley Cup champion Tampa Bay Lightning.

Who Will Play A More prominent Role For The New York Rangers Next Season??

The Rangers are not yet at the level of the Lightning, as seen by their four-game winning streak, but they may be. They are close to reaching that level for a squad that was in the midst of a rebuild only a year ago.

Before reaching the top, every squad will face defeat. Despite being big favorites the year before, the Lightning was defeated by the Columbus Blue Jackets, losing their first Stanley Cup since 2004.

It’s crucial to know how to make the required modifications to get a team to the next level. This summer will be less about reconstruction and more about finding the last pieces of the jigsaw for the Rangers and general manager Chris Drury.

During the playoffs, three areas where head coach Gerard Gallant saw room for improvement stood out. Three areas where the Rangers, if they can make the necessary improvements, maybe the club to beat in the Stanley Cup Final next season.

Further, a lot of it has to do with President and General Manager Chris Drury’s lineup balance. With the additions of Barclay Goodrow and Ryan Reaves, he was able to get things moving in the right way.

He filled in the remaining holes with Frank Vatrano, Tyler Motte, Andrew Copp, and Justin Braun at the Trade Deadline. During this playoffs, all four players were given significant responsibilities. Naturally, all four are UFAs who will be tough to re-sign.

That brings us to our prediction for which Rangers will have a bigger role next season.

The play of the ‘Kid Line,’ which included Alexis Lafreniere, Filip Chytil, and Kaapo Kakko, was a huge bright point throughout this extraordinary run. Chytil, the line’s senior statesman, was 22 years old, thus the ‘Kid Line’ appellation.

Despite this, the line played more like an experienced trio than a group of playoff novices, routinely creating opportunities and completing the postseason as the Rangers’ top line in terms of analytics.

In his final 21 games, Alexis Lafrenière had a great end to his sophomore season, collecting 6 goals and 7 assists for 13 points. He has 19 goals and 31 points in 79 games during the 2021-22 season, averaging 14 minutes per game.

The 20-year-old made an impression in the playoffs with his rugged play, which saw him use his entire 6-2, 193-pound physique to deliver several heavy hits. Lafreniere scored 9 points in 20 games while piling up 50 hits in his first taste of playoff action.

Filip Chytil was selected in the first round of the 2017 draught by New York, despite the fact that no notable draught analyst had him ranked that high. The huge center has just 93 points in 253 games, but he’s shown flashes of offensive skill for the Rangers.

He scored 7 goals and 9 points in 20 games during his first official postseason (excluding the 2020 Qualifying Round). With three goals in Games 6 and 7, Chytil was particularly important in eliminating the Carolina Hurricanes.

Chytil will continue to play third-line center, but he should get more playing time than the 13:11 he saw last season. In addition, if the Rangers sign Andrew Copp over Ryan Strome, it will give him a chance to play second-line center for a while.

However, Despite their excellence throughout the series, Gallant broke up the ‘Kids Line’ in a must-win Game 6 after Kakko was unexpectedly scratched. That was a perplexing choice, especially after the Rangers struggled all night. Despite their overwhelming numbers at five-on-five, the ‘Kids Line’ only spent 140:19 on the ice together.

The salary limitation will limit Drury’s ability to strengthen the roster, thus the head coach will have to be ready to give younger players more playing time. This includes guys like Zac Jones, Braden Schneider, and others who might be roster regulars next season, in addition to the ‘Kid Line.’

The Rangers’ third-round pick in 2019 appeared in 12 games for the team last season, scoring two goals and adding two assists. With 35 points in 52 games with the Wolf Pack, he was the team’s best scorer on defense.