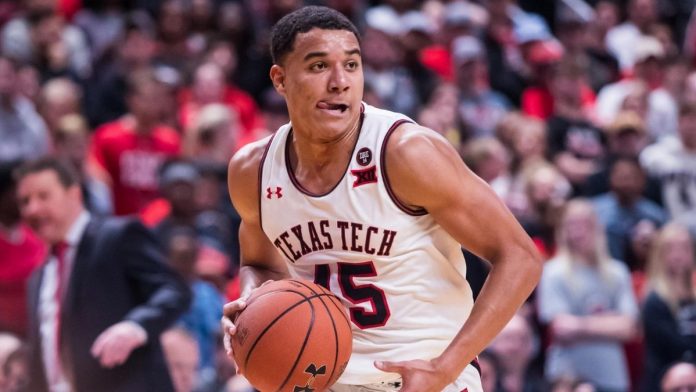 Texas tech Transfer Kevin McCullar has made it clear on social media that he has chosen Kansas and not Gonzaga as his final destination.

The talented American College Basketball player Kevin McCullar Jr. who earlier announced that he is deciding between the two pros, The Kansas and the Gonzaga, has now finally decided that Kansas will be his final destination.

McCullar is a 6.6feet and 205-pound Basketball player who has previously played the sport for the Texas tech red raiders. In the last season of the game, Kevin scored an average of 10.1 points with 4.6 rebounds and 3.1 assists in total.

Kevin McCullar is one of the Solid and an elite defender who is also one of the top players who remained in the transfer portal.

As of now, Strawther is currently participating in the NBA Draft Combine. He has a junior season in the future for which he is expected to return to his school.

If he returns to his school then McCullar is all set to have no room to get his minutes in the game.

In the NBA Draft, the Zags have previously lost some of their Multitude players. The 6.8 feet Chet Holmgren and the Canadian basketball player Andrew Nembhard are all set to depart.

On the other hand, Rasir Bolton, Strawther, and Drew Timme have time in their hands until June 1. By June 1 they can withdraw from the NBA draft process and return to their College.

In the transfer market, it has been a weird year for Zags.  Gonzaga is often seen as an active basketball team, but this season some of the bigger names in the team are finding it difficult to land on the roaster.

However, the Zags have successfully landed in the LSU Transfer Efton Reid and they are trying to help anchor the post. They are still in the race for Lowa state transfer Tyrese Hunter.

Kevin McCullar shared a post on Twitter that consisted of his message in which he stated that he would be moving to Kansas as his destination. In the Tweet, he posted that

“As I look to the next chapter of my career, if I decide to withdraw from the NBA Draft, I am thrilled to say that I will be playing for the University of Kansas and Coach Self.”

He further wrote that “At this stage of my life, KU offers me an opportunity to continue to improve my game while still being close to my family. I am extremely thankful and excited for this opportunity, to represent such a historic basketball program. It’s an honor of a lifetime.”

According to 247sports, McCullar ranked overall in the No.11 position in the transfer portal. Kansas and Gonzaga were the two finalists for him.

McCullar was the standout leader and defender for the Texas tech red raiders, who have an average of at least 10 points per game in the last two seasons.