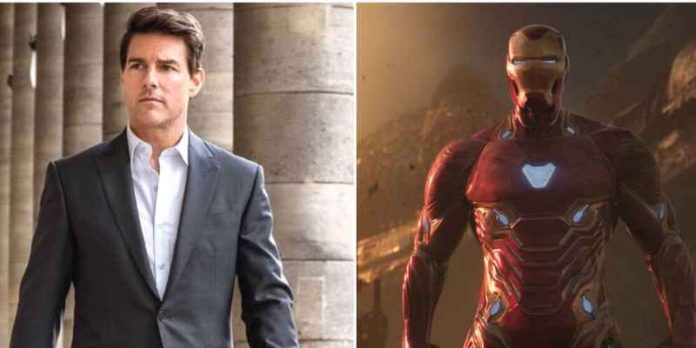 Rumors are nothing new to Marvel Studios. Since the beginning of the Marvel Cinematic Universe, the juggernaut of film and television has been the subject of numerous speculations. Still, the rumors of the last year may have exceeded the rest combined.

Yes, after the worldwide success of Spider-Man: No Way Home comes the highly-anticipated Doctor Strange in the Universe of Madness, which, like its predecessor, is dogged by whispers of potential Marvel multiverse cameos.

Why Does Tom Cruise Doesn’t Appear As Iron Man In Doctor Strange?

Tom Cruise is one of the names mentioned in these speculations. The Hollywood star’s name has been mentioned several times, with fans speculating that he may portray Tony Stark, a.k.a. Iron Man. This would be a tribute to the fact that he was considered for the role of Iron Man in 2008’s Iron Man. Is there any truth to the Iron Man variation reports, though?

The character that many assumed was Superior Iron Man turned revealed to be a Captain Marvel version.

Although Marvel has never confirmed if Tom Cruise would feature in Doctor Strange 2, there were some intriguing clues that he may have.

Did Filming Of Doctor Strange 2 Started

Following the first allegations earlier this year, an alleged set shot appeared online, implying that he was filming parts for the film. Cruise seemed to be wearing a motion-capture suit similar to the one used by Robert Downey Jr. during filming the MCU’s primary version of Iron Man, and he had Tony Stark-like facial hair in that shot.

Furthermore, once the film’s Super Bowl teaser was released, there was even more anticipation that Cruise might be participating. Many fans hypothesized that the figure that much first thought was Captain Marvel was actually the Tony Stark variation since some eagle-eyed fans noted parallels between that figure and the Superior Iron Man in the comics. The silver Ultron bots that accompany Doctor Strange to what looks to be the Illuminati might be a reference to Iron Man’s own silver armor.

Who Will Play The Role Of Iron Man?

It was speculated that Iron Man would appear in Doctor Strange 2 since it was revealed that the Illuminati would be there. This is a secret group of some of the most powerful superheroes in the Marvel universe entrusted with making decisions that may affect the multiverse’s fate. Iron Man, who we last saw dying in Avengers: Endgame, is one of their most important members.

Many speculated that Robert Downey Jr would not return for Doctor Strange 2, perhaps leaving the door open for a different version of him. Tom Cruise was rumored to be in the running for the part before Downey Jr earned it.

Some Reddit users speculated that Cruise was on set when Doctor Strange 2 began filming in London, where he was currently working on Mission Impossible 7. Iron Man was not made a member of the Illuminati by Sam Raimi, and the cameo was never made.

Cruise is an action star, whether you like him or not, because of the lengths he takes to do his own stunts in films. His passion for daring deeds implies that he might make an outstanding Iron Man. While Downey’s performance as Tony Stark will always be remembered, having Cruise appear as an alternative to Tony Stark in Doctor Strange in the Multiverse of Madness would have been fascinating. Unfortunately, Marvel Studios saw it as little more than a fun idea.