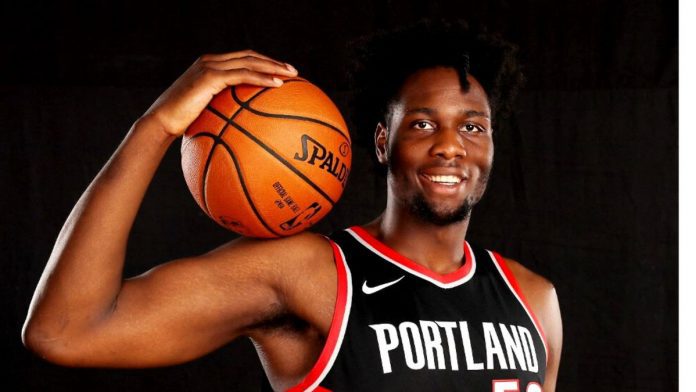 Caleb Swanigan passed away naturally at Lutheran Hospital in Fort Wayne, Indiana, on Monday, according to a confirmation from the Allen County Coroner’s office on Tuesday.

According to Rebecca Maze, a senior investigator at the coroner’s office, a private doctor would handle his death certificate.

Our thoughts and prayers are with Caleb Swanigan’s family and friends, Purdue Men’s Basketball tweeted on Tuesday- Last night, the world lost a kind soul. Biggie, I love you- the post was about.

Before playing for the Boilermakers from 2015 to 2017, the 6-foot-9 centre, who is from Fort Wayne, attended Homestead High School. For Purdue, he averaged over 14 points and 10 rebounds.

Swanigan, who averaged almost 18 points per game in the Big Ten Conference in 2017, was chosen as The Associated Press player of the year. Both the Big Ten Player of the Year and the AP All-Big Ten team selected him without dissent.

He was selected by the Portland Trail Blazers in the first round of the 2017 NBA Draft and was also a member of the Sacramento Kings.

Caleb Swanigan excelled as a sophomore at Purdue, winning the Big Ten Player of the Year award and earning a spot on the first team of All Americans. Moreover, he was a contender for the Naismith Award too. He went into the NBA draft after the season and was chosen with the 26th pick.

Scout.com, ESPN, and Rivals.com all listed him as one of the top prep players in the country for the 2015 class. He played for Homestead High School in Fort Wayne, Indiana, during the 2014–15 academic year, where the team went on to win the school’s first state championship. Swanigan was recognised as a McDonald’s All-American and Indiana’s Mr Basketball.

Additionally, he was selected for the Big Ten All-Freshman Team and honored as the National Freshman of the Week. He averaged 8.3 rebounds and 10.2 points per game as the season came to a close.

Swanigan was voted the Big Ten Player of the Year, first-team All-Big Ten, and a unanimous first-team All-American during his second season. He was also a finalist for the 2017 Karl Malone Award, which is presented to the best power forward in the country.

In the first round of the 2017 NBA Draft, the Portland Trail Blazers selected him with the 26th overall pick. Swanigan played for the Sacramento Kings in addition to the Trail Blazers twice during his three-year NBA career.

On May 19, he made the decision to attend Purdue while remaining in-state. Swanigan tweeted “BoilerUp” to reveal his choice. Swanigan was the first McDonald’s All-American for Purdue since 1996 and the first Indiana Mr Basketball recruits for the Boilermakers since Glenn Robinson in 1991.

See also  New Anime From Sasaki And Miyano Has Been Confirmed!

Swanigan was a member of Purdue’s 2015 recruiting class along with Ryan Cline and Grant Weatherford.