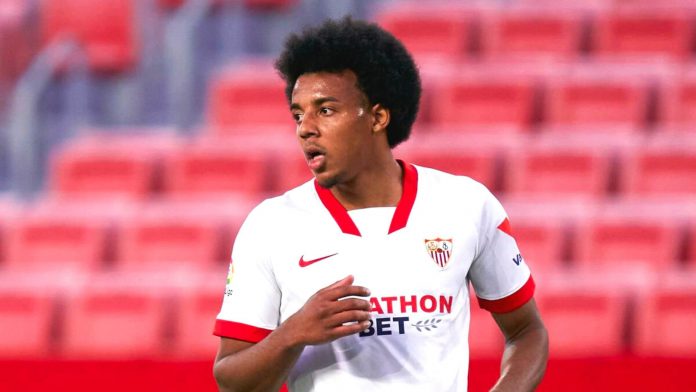 Jules Olivier Kounde, a French professional footballer who plays for La Liga club Sevilla and the national team of France as a center-back has told Sevilla that a transfer to Barcelona this summer would be preferable to moving to Chelsea or Newcastle United in the Premier League.

Astonishing for Chelsea as they had been interested in the 23-year-old defender after losing both Antonio Rudiger and Andreas Christensen on free transfers.

Along with the aforementioned Christensen, who is anticipated to be introduced at Camp Nou in the coming weeks, Kounde is apparently Xavi Hernandez’s top pick to strengthen the defensive line.

Gerard Pique, a club legend, appears to be out of the Barcelona manager’s plans for next season.

Despite Chelsea and Newcastle‘s willingness to pay Kounde’s €90 million release clause, Sevilla is said to be prepared to accept roughly €65 million to €70 million for the France international, with the Catalan club formulating a swap proposal that includes Sergino Dest, a 21-year-old USMNT full-back.

Any transfer, though, might be in jeopardy because Kounde just underwent minor surgery as a result of an injury he sustained while playing for France, which will keep him out for at least a month.

Meanwhile, Thomas Tuchel is said to have three top attacking targets after being told he can lead Chelsea’s transfer business this summer.

Previously, Chelsea has had a long-standing interest in signing Kounde. However, their desire to sign the 23-year-old grew up more as a result of contract issues with key defenders. The Frenchman had played 43 matches across all competitions, his achievements made him onto a top-four spot in La Liga.

See also  Kim Kardashian Replying To Assertions, That She Photoshopped Her Stomach Button

Last summer, both of them even agreed on personal terms but couldn’t reach a transfer agreement with the Spanish club.

Recently, Barcelona could be very close to outbidding Chelsea for Jules Kounde. If the deal goes through, Barcelona will reportedly be able to sign the Frenchman for a reduced fee of €47 million.

This is due to the fact that they have a number of players who are of interest to Sevilla, including fullback Sergino Dest.

In other news, Bayern Munich is reportedly closing in on a stunning deal for Liverpool ace Sadio Mane. Personal terms are expected to be agreed upon soon, and the Bundesliga champions are planning a new bid in the coming weeks.

Barcelona is reportedly competing with Chelsa for the signing of Robert Lewandowski, but the Catalan giants remain the frontrunners.

Barcelona is also at odds with the West London side over Joules Kounde.

As per the recent reports, the Frenchman prefers a move to Camp Nou over Chelsea or Newcastle United, both of whom are willing to pay his full release clause amount.

Now, Sevilla president Jose Castro has spoken about the scenario that the club’s policies are vague and that if their demands are met, they will consider selling the club.

With talks between Barcelona and Sevilla already underway over a transfer for Kounde, it remains to be seen whether Barcelona can offer an enticing enough package to persuade Kounde to choose them over Premier League clubs this summer.

Most Polarizing Player In The Draft Chet Holmgren!!!