Group Led By Walmart Heir Rob Walton Agrees To Buy NFL’s Denver Broncos In The Record-Shattering Deal Of About $4.65 Billion!! 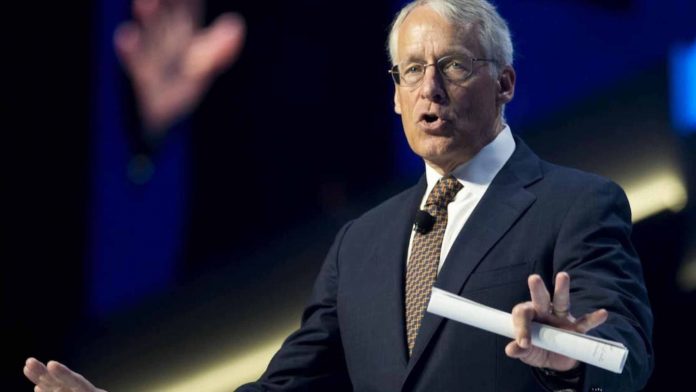 The Waltons, heirs to the Walmart fortune and America’s wealthiest family, have won the world’s most expensive sports franchise auction for the Denver Broncos.

Late Tuesday night, the Broncos announced that they had reached a deal with the Walton-Penner ownership group, which comprises Carrie Walton Penner, Rob Walton, and her husband, Greg Penner.

Rob Walton Has A Net Worth Of $65 Billion, Making Him The World’s 19th Wealthiest Person!!

The sale price was not announced, however various media sources stated that it was $4.65 billion. The club was valued at over $4.5 billion during the bidding process.

Walton, 77, served as chairman of Walmart, the world’s largest retailer, from 1992 until his retirement in 2015. He is the eldest son of Sam and Helen Walton, the company’s founders.

According to reports, Boehly was one of the five contenders asked to submit a proposal for the Broncos before Monday’s deadline.

The NFL must accept the arrangement for the Walmart-Penner partnership to acquire the Pat Bowlen Trust’s franchise, but this is really a formality.

When the New Jersey Nets were sold for $2.35 billion in August 2019, it was the highest money ever paid for a sports team in the United States. The $4.65 billion would also be more than twice the price of the most expensive NFL franchise ever sold, the Carolina Panthers, which David Tepper paid $2.275 billion for in 2018.

According to Reuters, Rob Walton would be the second member of the Walton family to control an NFL franchise. Ann Walton Kroenke, his cousin, is married to Stan Kroenke, the owner of the Los Angeles Rams.

“While this purchase and sale deal is pending approval from the NFL’s finance committee and league ownership, today represents a key step on the route to an exciting new chapter in Broncos history,” replied CEO Joe Ellis, the Broncos Club President!

“As we’ve learned more about the team, staff, and Broncos Country over the last several months, our excitement has only risen,” Walton continued.

Mellody Hobson, co-CEO of Ariel Investments and Starbucks chairperson, has agreed to join the ownership group, according to Walton.

“Mellody is now the Chair of the Starbucks Corporation Board of Directors and a director of JPMorgan Chase. We are certain that she will contribute to our team with her strategic insight and leadership perspective “Walton said.

“We’re looking forward to winning the NFL’s trust and support as we move ahead in this process. Our family is looking forward to sharing more with Broncos fans, the organization, and the community once the required approval procedures are completed.”

When asked if he’s kept up with the selling process during offseason training, first-year coach Nathaniel Hackett shrugged.

The Pat Bowlen Trust has owned the team for numerous years and put it up for sale last year after Hall of Famer Pat Bowlen’s children couldn’t agree on a successor.

Bowlen died a month before being inducted into the Pro Football Hall of Fame in 2019.