The Denver Broncos Have Reached An Agreement To Sell The Team For $4.65 Billion! 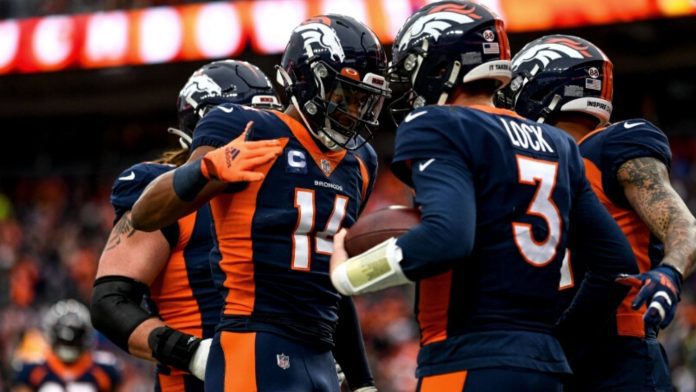 The Walton-Penner family ownership group and the Denver Broncos have reached an agreement to sell the team, the two parties announced Tuesday night.

The deal is worth $4.65 billion, confirming several rumors. That would be a new high for a sports franchise in North America.

The Denver Broncos Have Reached A $4.65 Billion Deal To Sell The Team!

Mellody Hobson, co-CEO of Ariel Investments, chair of the board of Starbucks Corp., and a director at JP Morgan Chase, will join the Walton-Penner group, which will be led by Walmart heir Rob Walton, his daughter Carrie Walton Penner, and her husband Greg Penner.

The sale price was not announced, although KUSA-TV in Denver claimed that it was $4.65 billion.

According to reports, Boehly was one of the five contenders asked to submit a proposal for the Broncos before Monday’s deadline.

The NFL must ratify the arrangement for the Walmart-Penner consortium to acquire the Pat Bowlen Trust’s franchise, but this is really a formality.

The selling agreement must be authorized by a complete vote of NFL owners after being reviewed by the NFL’s finance committee. For the transaction to be accepted, there must be a total of twenty-four yes votes.

The transaction is likely to take 60 to 90 days to be approved and finished, with no complications expected, according to ESPN’s Adam Schefter.

“The NFL’s finance committee and the league’s owners must still approve this purchase and sale transaction, but today is a big step toward an exciting new chapter in Broncos history,” club president and CEO Joe Ellis said in a statement.

Mellody Hobson, co-CEO of Ariel Investments and Starbucks chairperson, has agreed to join the ownership group, according to Walton.

Hobson is a black person. Roger Goodell, the commissioner of the NFL, has made minority ownership a priority in the league.

Walton, 77, served as chairman of Walmart, the world’s largest retailer, from 1992 until his retirement in 2015. He is the eldest son of Sam and Helen Walton, the company’s founders, and has a net worth of approximately $60 billion.

Further, according to various reports, the Walton-Penner partnership was one of four that proceeded to the second round of bidding this week. Those bids were submitted to the Pat Bowlen Trust trustees by 5 p.m. ET Monday. Walton’s net worth is estimated to be $59 billion by Forbes.

With three Super Bowl victories under Pat Bowlen’s ownership, the Broncos have been one of the NFL’s most successful clubs in the Super Bowl era, and they now have an ownership group with some of the deepest wallets.

When David Tepper bought the Carolina Panthers for $2.3 billion in 2018, he broke the record for the highest money paid for an NFL franchise. Steven Cohen paid $2.475 billion buying the New York Mets in 2020, which was the highest ever paid for a North American sports club.

Bowlen and his siblings paid $78 million for the Broncos’ controlling interest in 1984. Bowlen eventually bought out his sister and two brothers’ interests. During his tenure, the team had more Super Bowl appearances (seven) than losing seasons.