Will Draymond Green Be The Reason Why The Warriors Win? 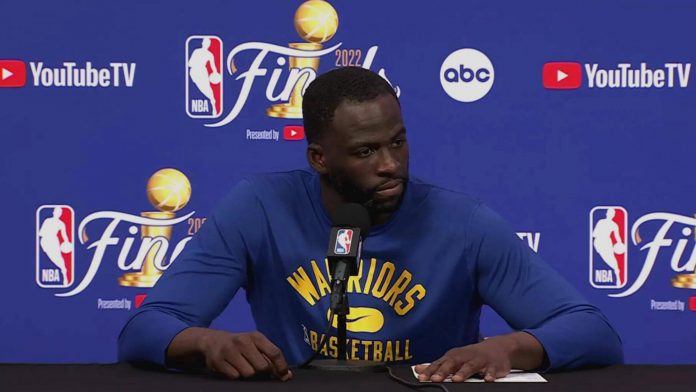 Draymond Jamal Green Sr. is a Golden State Warriors professional basketball player (NBA). Green has the makings of a Hall of Famer in the making. He is one of the finest defensive players of all time. A hilarious, honest, and intelligent look at basketball and its convergence with much bigger issues. A provocateur, to be sure.

Will Draymond Green Be The Reason Why The Warriors Win?

A broadcaster and podcaster who effectively broadcast his own career and his team’s quest for basketball immortality on the internet. A fearless competitor.A closer with a tendency to self-destruct. A man who enjoys pointing out others’ flaws yet is irritated by even slight criticism.

Green has served as a constant reminder of the Warriors’ greatest triumphs as well as their most abysmal failures.

That may be more true now than at any other time in his career, especially with his Golden State Warriors deadlocked in their NBA Finals series with the Boston Celtics headed into Game 3 on Wednesday.

Draymond is a world-class champion whose individual basketball effect and general influence on his team are critical to the Warriors’ success. Golden State has never lost a seven-game playoff series when Stephen Curry, Klay Thompson, and Draymond Green have started all seven games.

With Thompson’s health deteriorating and Green’s personal performance in Games 1 and 2 directly linked to his team’s defeat and triumph so far versus Boston, the necessity for Green to be outstanding and accessible has never been greater.

Take Game 2: Green’s defense on Jaylen Brown helped turn off the Boston star’s strong start, which was crucial in short-circuiting a Celtics squad that was trying to put the game out of reach early. Green’s mind tricks may be crucial, as they walk a delicate line between being just right and being too much.

But, in a nutshell, that’s Green. He’s a superstar so important to his team’s success that he needs to fine-tune his competitive fire and how it manifests itself in order to be a hero rather than a villain. His strategy blurs the lines between filthy and determined, fantastic and obnoxious, restricting an opposition star or reducing his own presence because he went too far. There is a difference between winning and losing.

During the 2016 NBA Finals, the most egregious case of Way-Too-Far Draymond was on full display. The Warriors were favored to win the title over LeBron James and his 57-25 Cleveland Cavaliers in June, capping an incredible 73-9 regular season and cementing their status as the league’s best team of all time.

Green, on the other hand, stepped over the line in that series, striking LeBron where (and when) he shouldn’t have. Green was suspended from a possible closeout game on the Warriors’ home court after his antics late in Game 4, with Golden State less than three minutes away from securing a 3-1 series lead.

Instead, the incident gave enough impetus for the Cavs to rally all the way back, enhancing LeBron’s legend by fueling the greatest comeback — and collapse — in NBA Finals history.

Green crossed that line again on Sunday, collecting an early technical penalty and then flirting with expulsion time after time as if daring the officials to give him another. The Chase Center audience let out a collective scream when Green fouled Brown on a three-point shot and then kept his foot on the Celtics star.

As the play — and, once again, the concept of Effective Draymond vs. Way-Too-Far-Draymond — was being reviewed, the tension was evident.

Warriors fans have seen this show before, and it’s one they’d like not to watch again: their team is on the verge of winning the championship, and Draymond is at the center of it all, but he goes too far, and costs the team dearly.

He wasn’t expelled, and his nine points, five rebounds, seven assists, one steal, and one block, as well as his outstanding defense, contributed to the Warriors’ victory.

However, if he had gone a little further on that play or others that followed, or if the right official had been present on the wrong day, Golden State could have faced disaster. Again.

That is only one of many examples. There’s the Flagrant-2 that Green threw at Brandon Clarke of Memphis earlier this postseason. This did not result in a suspension, but it should have. Despite the fact that Green’s toes were above the line that night, he came out on top.