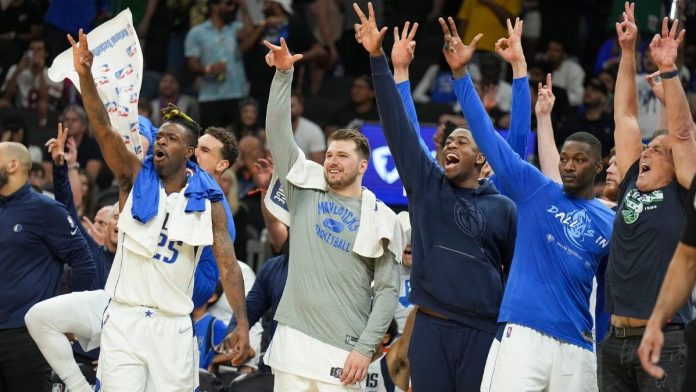 Dallas Mavericks are currently one of the best teams in NBA history.

The team is native to Dallas, as the name suggests, and was responsible for winning the NBA championship back in 2011.

Dallas Mavericks was founded in 1980 with players including Derek Harper and Mark Aguirre. The start-off for the team was quite harsh, as expected from an expansion team.

But, later, it started to gain a reputation through epic showoffs during the game as it started to enlist some of the most talented players in the history of the NBA.

Dallas had finally gained a post for its winning the first season back in 1984, where it also got a playoff berth as a result.

The team continued enlisting excellent players until the end of the 80s. As a result, they managed to qualify for nearly five consecutive seasons starting from 1984 and rock the game of 1988.

In 1988, the team gained a berth again while playing in the WC finals.

Most of their players were either independently traded or moved to other teams with the help of free agencies.

The team again made a turnaround from its failing condition after point guard Steve Nash and forward Dirk Nowitzki joined the team during the season of 1998.

The team was also purchased by an internet businessman named Mark Cuban, who further transformed the team’s fate.

It is one of the most famous teams in the NBA and is responsible for winning the 2011 season.

The team has managed to create a name for itself, as it started to become a powerful team by the beginning of the early 2000s.

As a result, it finally managed to be the fourth team in the history of the NBA, who managed to get a post for a total of ten straight seasons in the game with nearly 50 victories.

They, later on, played exceptionally well during the 2011 season with the help of Nowitzki and finally beat “The Heat” during the game.

It finally managed to procure its first NBA championship since its creation in 1980.

The team also got 49 wins in the season in 2014. It was an epic moment considering their performance in the 2013 game.

But, after this, the team’s record started to go down again, and in 2019 it managed to come last in its division for the season.

As the recent reports suggest, the team got a fine of 100,000 dollars after it violated several of the NBA bench rules on Sunday.

The fine started with a 25,000 dollar cost but later doubled as the team continued to break the NBA rules, which ultimately led to a 100,000 fine. It is crushing news for the team members as per interviews.

The first of two fines came after they broke bench rules during the Western semifinals against the team of Phoenix of about 25,000 dollars and later got a fine of 50,000 dollars during a Dallas victory game where they managed a point score of thirty-three.