Latavius Murray Campaigns To Be Signed By NFL Teams!! 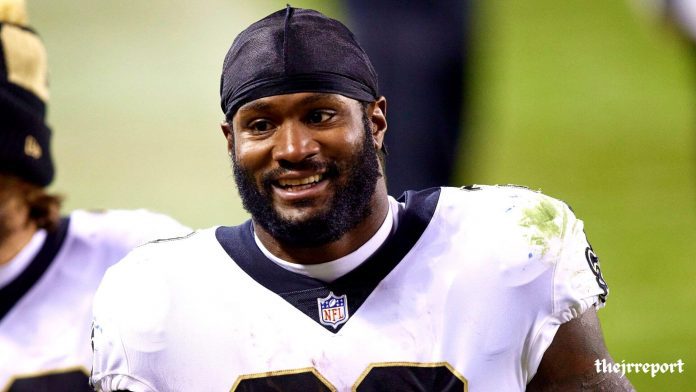 He’s a free agent American football player. He was a former collegiate football player at the University of Central Florida. For Oakland Raiders, in 2013, he was picked sixth-round draft pick.

As A Free Agent Running Back, Latavius Murray Seeks The Attention Of NFL Teams!!

A lifelong passion for sports led him to participate in three sports while at Onondaga Central High School in New York.

New York’s Onondaga Central High School was where he received his high school education. He enrolled at the University of Central Florida after graduating high school.

Who Is Latavius Murray?

Latavius Rashard Murray, born on January 18, 1990, is currently a free agent. The Oakland Raiders selected him in the sixth round of the 2013 NFL Draft out of the University of Central Florida. He was another participant of the Minnesota Vikings, the New Orleans Saints, and the Baltimore Ravens during his time in the National Football League.

Shauntay Skanes is his wife. Shauntay Skanes, his wife, is a U.S. Navy sailor. Let us inform you that Shauntay Skanes and Murray Skanes’ marriage was a union of the heart. At one point, Shauntay Skanes was engaged to Latavius. Dalmatia has been married for two years now. According to material found on the internet, the couple has three children called Major, Marley, and Jayde.

Latavius Murray, A Free Agent Running Back In The NFL, Is Trying To Get Teams To Sign Him:

As a result of injuries sustained by J.K. Dobbins, Gus Edwards, and Justice Hill, the Baltimore Ravens were forced to sign some experienced running backs in the last moments before the 2022 season. Running back Latavius Murray was one of those guys, and he ended up being a significant contributor to the run game that the club used.

The first couple of months of the NFL offseason have passed, and Murray is still without a contract even though he led all rushers for Baltimore in running touchdowns. The Twitter account for the NFL on CBS provided a statistic that demonstrated Murray’s durability. The running back replied, saying that he was now prepared to choose his new club.

In the 14 games that Murray played for Baltimore in 2021, he had 119 carries for 501 yards and six running touchdowns, giving him an average of 4.2 yards per carrying. His durability has been one of his most vital attributes throughout his career, as shown by his missed just six games throughout his eight-year career.

The veteran can still be a valuable player at the level of the NFL, but it seems doubtful that he will return to the Ravens at this time owing to the depth that the club currently has at the position because they have acquired other players.

Football star Latavius Murray was born in the United States on January 18, 1990. Running back who attended the University of Central Florida and was selected by the Oakland Raiders in the third round of the 2013 NFL Draft.

After spending the previous four seasons with the Oakland Raiders, he joined the Minnesota Vikings in 2017. According to the predictions of astrologers, Capricorn is Latavius Murray’s zodiac sign.