Lebron James, Who Recently Became A Billionaire, Says He Wants To Own An Nba Team In Las Vegas 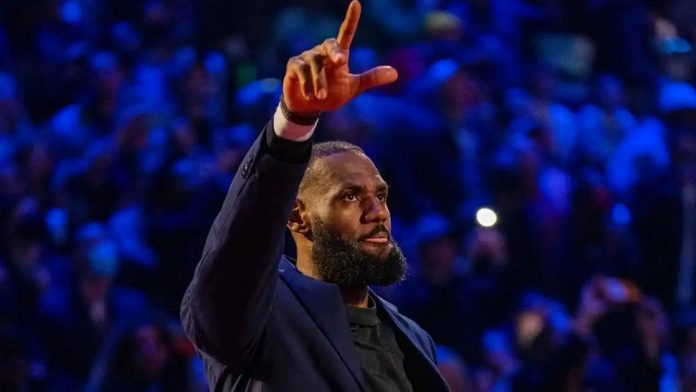 LeBron James wants to take his talents to Las Vegas and take a chance.

The outspoken Los Angeles Lakers forward have frequently dreamed of owning an NBA franchise when his playing days are through – and his recent designation as a billionaire provides him the ammunition to do so – but his most recent remarks on the subject point to Las Vegas as his ideal squad.

“I Want A Team In Vegas,” Said LeBron James!

James might be doing more than just talking to himself. According to reports, the NBA is exploring Las Vegas and Seattle as potential expansion cities, although Commissioner Adam Silver has stated that nothing is imminent.

“I want a team in Vegas,” James remarked in the most recent episode of his HBO talk program, Uninterrupted: The Shop, which premieres on Friday.”I’d want to see the squad in Vegas.”

James is already a part-owner of Liverpool FC and the Boston Red Sox, so he’s no stranger to sports franchise ownership. This is in addition to his involvement with his development and production firm, SpringHill Entertainment.

James, who will play his 20th NBA season this fall at the age of 37, would have to retire from the game before being able to buy a team. Last season, the Lakers were unable to make the playoffs.

James, is under contract with the Lakers through the 2022-23 season, after which he will become a free agent, however, he has already begun to explore the possibility of owning a professional sports franchise.

Who Is LeBron Raymone Hames Sr?

He is widely regarded as one of the best players of all time and is sometimes compared to Michael Jordan in disputes over who is the greatest basketball player of all time. Four NBA MVP titles, four NBA championships, three All-Star MVP awards, four NBA Finals MVP awards, and two Olympic gold medals have been earned by James.

James began playing organized basketball in the fifth grade for St. Vincent-St. Mary High School in Akron, Ohio, and as he grew up, life for his family was sometimes a hardship as they moved from apartment to apartment in Akron’s seedier districts.

On February 18, at the age of 36 years and 50 days, James became the third player in NBA history to achieve 35,000 career points, becoming the league’s youngest player to do so.

See also  Andrew Wiggins Wants To Clarify Things, He Was Always A Competitor!