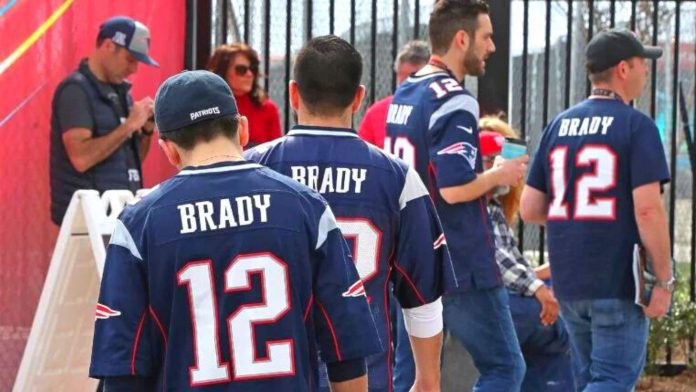 It was therefore quite intriguing to note that there were no Cowboys on the “top 10 highest selling jerseys of 2022” list that the NFL revealed early on Saturday morning on its Instagram page.

With the rise of Micah Parsons and Trevon Diggs, it is even more surprising not to see anyone Cowboys player inside the top ten.

Is It Simply Offseason Or Is There Apathy?

In previous years, you could always find at least one Dak Prescott, Ezekiel Elliott, or CeeDee Lamb on these lists. Whether or not anything piques your interest, you can almost certainly count on the Jones family being interested in it.

The epithet “apathy” has been bandied around lately more than ever, and incidents like these are likely to get Jerry’s notice more than lost games, missed converts, or struggling coaches.

This was one of the most dismal seasons for a Cowboys squad in a while. There’s a significant likelihood that things inside the facility will alter once Jerry notices the fans beginning to leave.

This is the first indication that fans may be paying attention heading up to the opening of the 2022 season, as Jerry is frequently said to be more concerned about tickets sold, jersey sales, and Television ratings than just the actual match and team building itself.

Let’s Take A Ride Back Into The Dallas Cowboys’ Past, History, And Achievements:

The team’s home games are played at Arlington, Texas’s AT&T Stadium, which opened in 2009. The team’s headquarters are in Frisco, Texas. Prior to the 2013 season, the stadium adopted its current name.

The hiring of Mike McCarthy as the Cowboys’ head coach was announced in January 2020. In the team’s history, he is the eighth player. Jason Garrett, who led the league from 2010 to 2019, is succeeded by McCarthy.

In 1960, the Cowboys became an additional team in the NFL. The NFL history of successive sell-outs for the team may be the best indicator of its widespread support.

Beginning in 2002, the Cowboys played 190 consecutive regular-season and postseason home and road games to capacity crowds.

Additionally, eight NFC championships—the most in the NFC— have coincided with this. The Cowboys have triumphed in five of those Super Bowl games, Page 1 of 2 tying them alongside their NFC rivals, the San Francisco 49ers, and placing them third overall behind the record-setting six Super Bowl victories earned by Pittsburgh and New England.

According to Forbes, the Dallas Cowboys are the most important sports team on the planet as of 2015, when they became the first club in sports to be estimated at $4 billion.

The Cowboys also set a new world record for a U.S. sports franchise in 2014 with $620 million in revenue.

Additionally, they made Forbes’ list of the most valuable NFL teams for the 12th consecutive year in 2018 to become the first NFL organization to have a $5 billion valuation.