Pregnant Kelly Osbourne Putting Her $6 Million Mansion Up For Sale 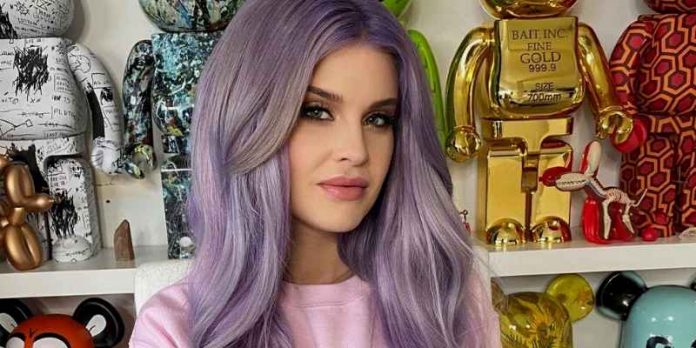 In one of the recent headlines, which is now ruling the entire Hollywood industry, it is important to mention that Kelly Osborne is pregnant. And she is all set to sell her 6 million dollar house. This particular house is located in Los Feliz.

It also has almost every kind of facility, making this house one of the most luxurious properties in the world. This actress is trying to find the perfect buyer for the property so that her house goes into the right hands, which could be in the position to take care of the same.

The 37-year-old actress announced her first child with boyfriend Slipknot star and DJ Sid Wilson. She is set to move in with her boyfriend in a loving relationship. This will happen to post the delivery of the child.

Kelly Osborne is so mad and in love with him that she doesn’t mind selling away her property to buy a new family home for themselves. She has Eyes on the luxurious property formerly owned by Rooney and Alexander. This particular property has been listed in the market for 5 million dollars.

Shifting To A New House

The particular and the existing house, which the actress owns, is expected to hit a deal of around 3.5 million dollars.

Her boyfriend would contribute the remaining part of the consideration. The property which is being put on sale by her is a luxurious piece of art that contains almost every facility which can depict a world-class infrastructure.

It is the finest example of architecture. It comprises a pool and a patio. This is one of the most beautiful private Pavilions stretching three-quarters of an acre. It can offer a phenomenal scenery of the city, including mountains and oceans.

The actress is expected to leave all the furniture behind and buy everything new in the new house after the deal is finalized. In such a situation, it becomes important to mention her happiness which is beyond any measure for the time being.

She wants to do the best for her children, and that is why she doesn’t even mind-shifting her house. The auction for the same is expected to be held around the end of this month. If she finally manages to purchase the property, she will become the owner of a bigger one.

It is even known that she would not be taking any loans to purchase the new property. She wants to give a house to her upcoming baby, free from any liability.

It is genuinely a very great thought. She believes in developing the Assets and reducing the number of liabilities.

She has a huge amount of net worth and hence can afford even a bigger house than this easily. It is also important to mention that this has increased in popularity and has added a new asset to the existing list.

Even her boyfriend is very excited to move in with her in the same house. The couple has analyzed the property completely and is completely satisfied.

See also  Season 4 Of Date A Live begins With Shido And Tohka's Relationship! When Can We Expect It To Be Available?

The buyers are also increasing who are in the position to show a greater interest in Kelly’s house.