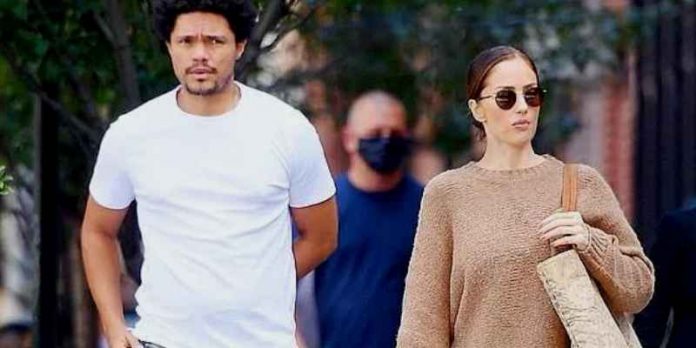 Many people fall in and out of love every day in the Hollywood industry. Nothing is permanent in this industry for the time being. The couple, which was expected to be with each other through thick and thin, could be easily witnessed parting ways.

Such types of incidents reduce the trust of the fans in the love of the celebrities and affect the lives of the celebrities in multiple ways. In one of the recent headlines, it has come forward that Trevor Noah and Minka Kelly have reportedly broken up.

Recent interview Confirmed The Split Of The Couple

Minka is all single now. Her fans have confirmed this in a recent interview with his best friends. It is important to mention that the couple has parted ways with each other after dating for two years.

She is now living a very happy life. She doesn’t want to waste her time with a boy who doesn’t love her. According to some of the sources, the couple began dating in 2020.

It was a very serious relationship in which they were in love. But the sudden decision to break up and bring this relationship to an end is not digested by most fans. After witnessing the seriousness of this relationship, most of the fans were hoping for the couple Trevor Noah And Minka Kelly to tie a knot anytime soon.

End Of A Beautiful Relationship

They both were in a serious relationship. This factor is evident from their step to purchase a 27-million-dollar mansion for themselves, which comprises 6 bedrooms and 8 bathrooms, including a view of the Santa Monica Mountains and the Pacific Ocean.

See also  Antonio Rudiger: A Look Into His Life And Times.Net Worth, Personal Life, Career

They both were expected to move in by the end of this year. The relationship’s stability could be easily judged by these activities quite easily. But this sudden decision to break up has left almost all the people who expected otherwise in abeyance.

Reason For The Breakup

Others have also been able to speculate that this can happen due to the rumors featuring Noah that he has started dating another woman on the sets of his upcoming web show. However, it would be difficult to conclude for the time being the exact reason why the couple has broken up.

The couple has always been responsible for bringing a smile to each other’s faces. It is a very disheartening moment.

But both of them have decided to remain silent concerning the exact cause of the breakup. This will prevent them from slandering each other in one way. Most people would be able to get satisfied with how they are treating each other now.