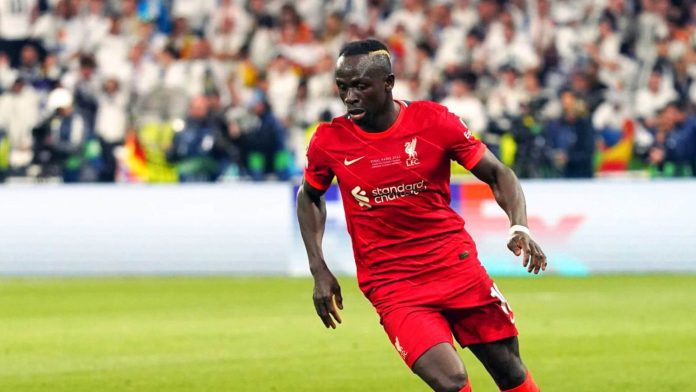 The forward for Bundesliga club Bayern Munich and the Senegal national team, Sadio Mané is a Senegalese professional football player. He is regarded as one of the top players in the world and one of the all-time great African players.

He is recognized as one of the greatest African players of all time as well as one of the best players in the entire globe. He will legally join with Bundesliga team Bayern Munich on July 1st, 2022.

Mané’s current net worth is $25 Million. The 30-year-old can play anywhere along the offensive line and has 120 goals and 48 assists in 269 games for Liverpool across all competitions. In 34 Premier League games last season, Mané scored 20 goals (16 goals, 4 assists).

After passing a physical before his transfer from Liverpool, Sadio Mane is anticipated to be introduced by Bayern Munich on Wednesday.

Sadio Mane acknowledged that he turned down “other teams'” interest in him joining Bayern Munich and claimed he was “instantly delighted” by their offer.

Mané said that “When my advisor first told me about Bayern Munich’s interest, I was hooked. I saw myself there happily, right away.

“For me, it was a very good idea and the right decision to come here. I was sure about it. My agent told me there were also inquiries from other clubs. I found myself in Bayern’s plans more than anyone else.”

The physical with the Bundesliga champions has been completed by the Senegal international, and official word of his transfer from Liverpool is anticipated on Wednesday.

Mane had one year left on his contract at Liverpool, where he has won numerous awards, but he decided to take on a new challenge with Bayern, and he made it plain that it was an easy decision for him to make.

Mane might make his Bayern Munich debut in a matchup with RB Leipzig in the DFL Supercup on July 30. The following week, Bayern Munich will open their title defense against Eintracht Frankfurt.

Next to the agreement between Bayern Munich and Liverpool, Sadio Mané will fly to Germany the following week to have a medical at the Bundesliga team on Tuesday, plans call for presenting the Senegal international at the Allianz Arena on Wednesday for the official introduction.

After traveling to Manchester on Friday afternoon for discussions with Liverpool’s Julian Ward and Mané’s agent, Björn Bezemer, Sporting Director Hasan Salihamidi sealed the deal, said to be worth an initial €32 million minus bonuses, until 2025.

Instead of replacing Robert Lewandowski, Mane brings a wealth of experience to the Bayern Munich team after six years at Liverpool, where he won every major award.

The Premier League championship, the Champions League, the Carabao Cup, the FA Cup, the UEFA Supercup, and the FIFA Club World Cup were all victories Sadio Mane achieved at Liverpool.

What has been a great chapter for him comes to a dignified close as he completes his move to Bayern Munich, and manager Jurgen Klopp gives him an emotional farewell as Liverpool says goodbye to one of their shining heroes of recent times.