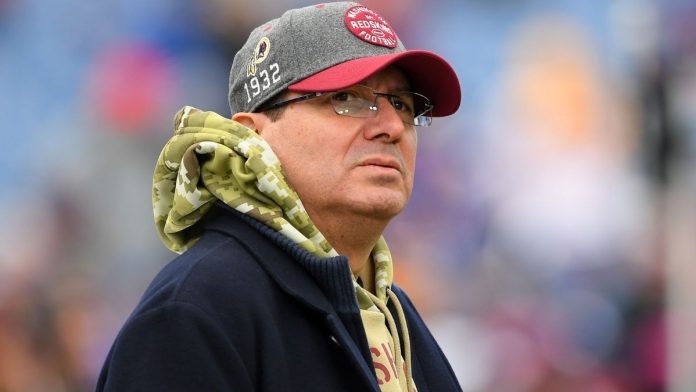 The doors appear to be closing in for Dan Snyder as the NFL owners want him out following the allegations of withheld revenue.

The Washington Commanders franchise has become a cause of worry for the America Businessman Dan Snyder as the NFL owners are reportedly fed up with the forced sale of it.

The NFL owners are now “Counting votes” as they are tired of these scandalous acts. Dan Snyder has been involved in many scandalous acts even before this.

An investigation from the federal trade commission and the state of Virginia has alleged the organization of withholding the ticket revenue from the rest of the match league.

One of the anonymous owners told the media that “There’s growing frustration about the Washington situation and not over one issue, but over how much smoke there is,” He later went on telling that “I think everybody’s getting tired of it.”

After the sponsors threatened to cut ties, Snyder decided to change the name of the team for once.

He wasn’t ready to change the original name of the team which was offending the Native Americans. There were multiple cases of sexual harassment were reported in the year 2020.

This brought the organization under investigation. Washington Post was the whistle-blower who brought this incident in front of all. There was another report which detailed the exploitation of team cheerleaders by Snyder and other officials in the organization.

Later on, the NFL fined Washington a total amount of $ 10 Million for its workplace misconduct. Following this, the issue was settled with the cheerleaders some months ago.

The owners on the condition of being anonymous told the media that there has been chatter for the first time and they seriously need to do something if it really happened and if they find something there.

Another anonymous owner told that if that happened in real then it is the final nail in the coffin. Money has become the factor that can force Snyder to be voted out, now the situation has reached here.

One of the well-known American Business Tycoons and owner of the Washington Commanders Daniel Marc Snyder popularly known as Dan Snyder was born in the year 1964.

He belongs to a Jewish family and his father was a freelance writer who has written for many newspapers.

He started his first business with his father in a partnership where he use to sell Bus trip packages to the Washington Capitals fan to see their favorite Hockey team playing the game.

This business later failed and then again by the age of 20 he started another business where he use to lease jets to fly college students to spring break.

He, later on, got involved in owning football teams. Now it will be interesting to see what the future has for Snyder.